Turkish Photographers Aykut AKICI seen. Protestors clash with Turkish riot policemen on the way to Taksim Square in Istanbul on June 5, 2013, as part of ongoing protests against the ruling party, police brutality, and the destruction of Taksim park for a development project. Turkey's Islamic-rooted government apologised today to wounded protestors and said it had "learnt its lesson" after days of mass street demonstrations that have posed the biggest challenge to Prime Minister Recep Tayyip Erdogan's decade in office. Turkish police had on June 1 begun pulling out of Istanbul's iconic Taksim Square, after a second day of violent clashes between protesters and police over a controversial development project. Conflicts are increasing with each passing day refreshed. Photo by TURKPIX 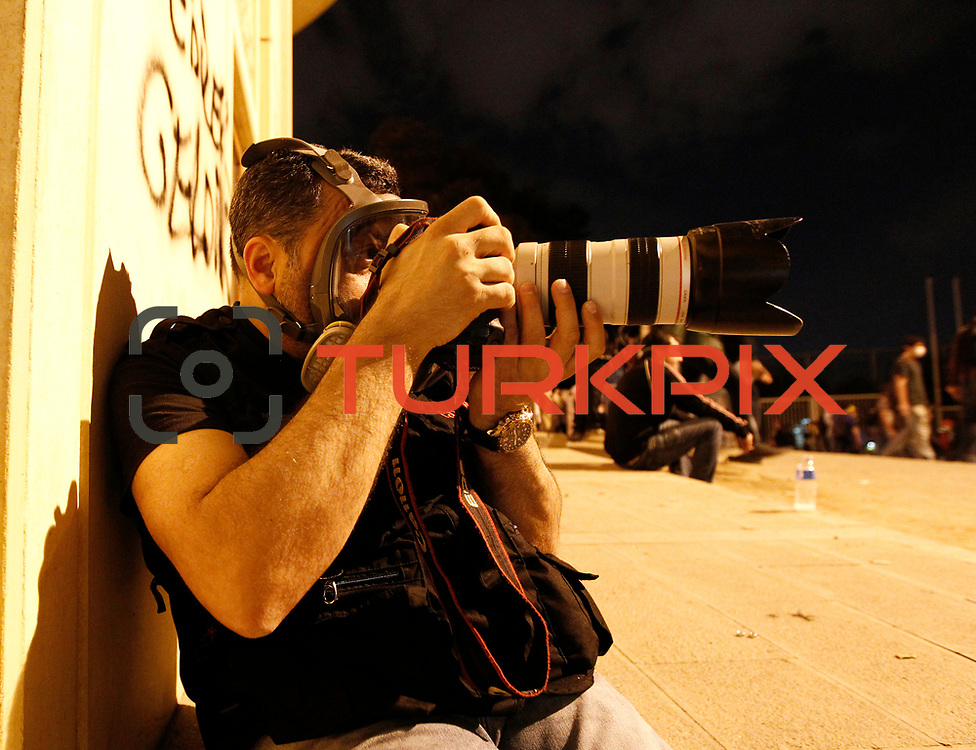