Turkish soccer team Fenerbahce supporters after the match after losing the title clash of the security forces around the stadium. In the event of a large number of supporters and security officials were injured. About 5,000 fans in the Sukru Saracaoglu stadium in Istanbul Turkey have a lot of fire. Events, police and fire officials had to intervene. Sukru Saracaoglu stadium in Istanbul Turkey on Sunday 16 May 2010. Fenerbahce lost the Championship after a draw with Trabzonspor. Photo by TURKPIX 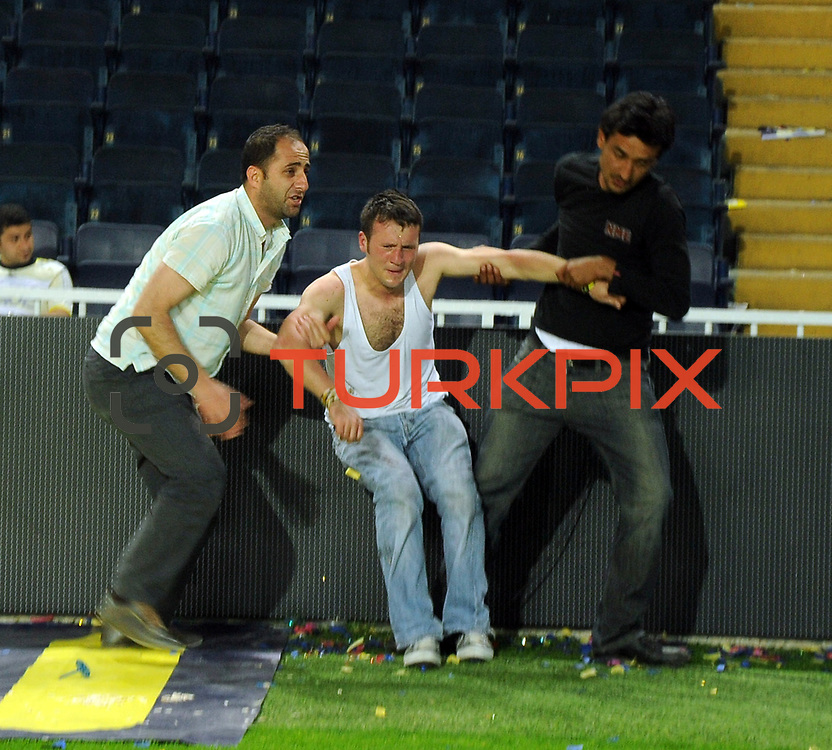