An injured man is carried away on July 6, 2013 during clashes with Turkish riot police on Istiklal Avenue in Istanbul. Riot police fired tear gas and water cannon on July 6 to disperse some 3,000 demonstrators who tried to enter flashpoint protest spot Taksim Square in Istanbul. The group had gathered on the Istiklal Avenue pedestrian way that leads to the square, the site of nearly three weeks of protests against Prime Minister Recep Tayyip Erdogan and his Islamic-rooted government that left four people dead and some 8,000 injured. Photo by AYKUT AKICI/TURKPIX 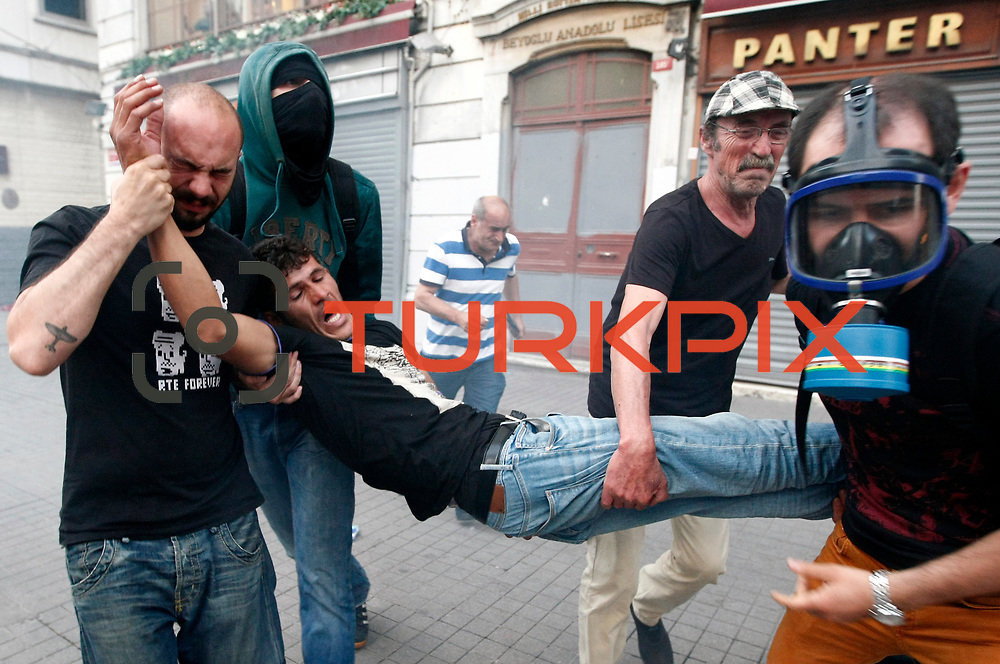