Police throw tear gas into the Divan hotel lobby which was serving as a temporary infirmary. People had no chance but to escape to the upper floors. Protesters escaping from a police crowd dispersal in Gezi Park and Taksim Square took shelter in the Divan Hotel, which has become something of a safe haven for demonstrators. Some allege that tear gas was fired into the building.Turkish riot police use tear gas to disperse activists from the Gezi Park in Istanbul, Turkey, late 15 June 2013. Turkish riot police are firing water cannons and tear gas at protesters in Istanbul's Gezi Park, witnesses said on Saturday, hours after Prime Minister Recep Tayyip Erdogan vowed to remove them from the disputed public space by force. Protesters had earlier vowed to continue occupying the park, despite having reached a deal with the government on plans to redevelop it. Photo by AYKUT AKICI/TURKPIX 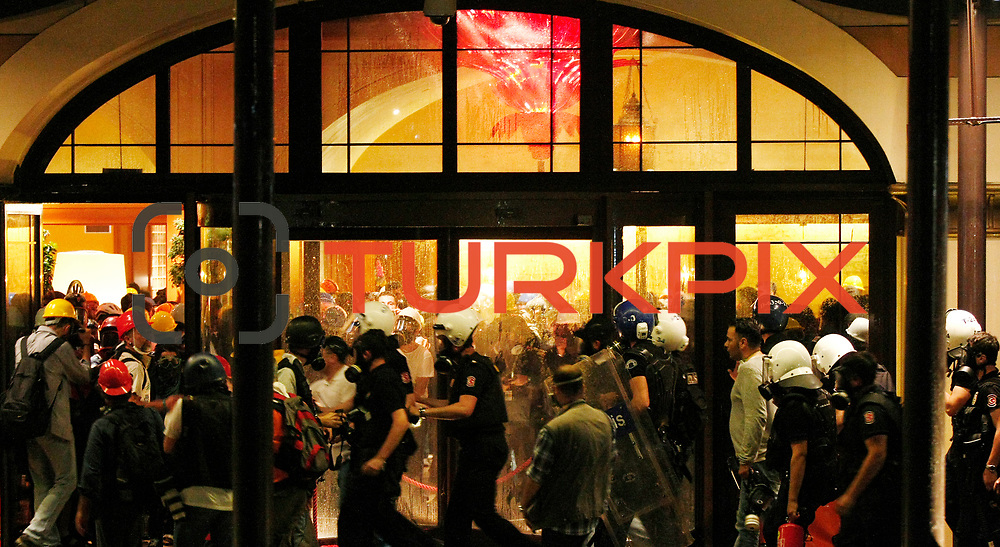